Patsy Did It (PDI) Theories[edit]

John Did It (JDI) Theories[edit]

Arndt summarized her theory as "John actually killed his daughter, but Patsy was involved in presenting the murder as something other than a murder".

Steve Thomas: "Re: Arndt's suggestion she knew JR was the killer. She is the lone voice on that one. Other detectives working the case had not only never heard Arndt make her GMA comments before, but the others were in consensus that Patsy was the actor in this"

Burke Did It (BDI) Theories[edit]

Motive: Anger over a stolen piece of pineapple
Clemente and Richards speculated that Burke, who was 9 at the time, was eating pineapple late Christmas night when a hungry JonBenét came downstairs and snatched a piece of the fruit from his bowl. They suggested that Burke — who family friends earlier described as bad-tempered and “violent” — got angry and hit his sister in the head with a Maglite flashlight, breaking her skull.

"An evaluation of the statement made by John, which I considered to be a spontaneous utterance that formed criminal culpability, suggests that he was not aware that her body was downstairs until he went roaming after the 1000 am ransom failed to come. He became an accessory to crime when he failed to tell Det. Arndt that he had discovered the body. His beeline to the basement later with Fleet was thought to be a ruse."

Intruder Did It (IDI) Theories[edit] 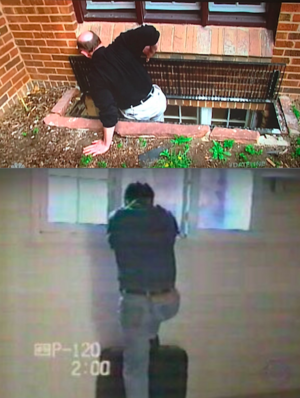